Did you know Marblehead can lay claim to one of a few spite houses in the United States?  Spite houses, as the name implies, were built to spite neighbors for the most part.  Some are impossibly narrow to squeeze between houses and/or to serve to block light and air from reaching the hated neighbor.  The one in Marblehead easily has the oddest shape and structure but the reasons for it seem to be a bit of a mystery.

The house, built in  1716, stands at the intersection of Orne Street and Gas House Lane.  It is quite narrow at 10 feet but remains sizable at a listed 2700 square feet (on a 3800 square foot lot).

One theory holds that two or three brothers lived in different sections of the house and the appendage was meant to block light to the other brother’s part of the house.  Another theory claims that the house itself was built in order to block the view of the old Fountain Inn that stood above it on Orne Street.

Whatever the case, Marblehead can be included on any lists of Spite House in the United States.

A postcard view of the Old Spite House of Marblehead, MA courtesy of Wikicommons 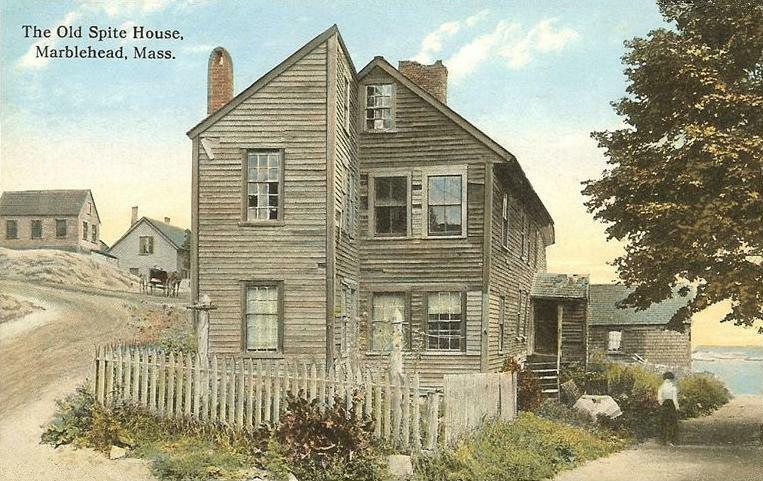