Last week, I started to see more and more images of the comet Neowise (C/2020 F3) posted by my photography friends. Most were in much darker locations but I wondered if I might have a chance of capturing the comet against the backdrop of a local landmark.

I found an app called GoSkyWatch Planetarium that seemed very simple to use and helped me locate Neowise in the sky. Once that was done, I headed out on Thursday night and tried to plan out a shoot for when the clouds lifted. I thought my best chance might be at Chandler Hovey Park and so I headed there on Friday night with a tripod and a bag full of lenses.

With Marblehead Light shining brightly with its LED lights, I had a hard time making out Neowise despite where the app was telling me look. However, the camera had no trouble spotting the comet and its vivid tail so I used the viewscreen to adjust my composition and place the comet in close proximity to the lighthouse. I lucked out with the positioning higher in the night sky than it had been for the past few nights and captured this image of Marblehead Light with a backdrop of stars and a bright comet racing through the sky.

Processing this image took a lot more work than capturing it. I went through 3 versions before finally getting everything ‘right’ (I hope) in this final version. I had to battle a lot of light pollution having placed Marblehead Light squarely in the frame but I think the view of the comet Neowise flying by the lighthouse made for a stronger image in the end (than shooting it on its own).

*This image really needs to be viewed big to see the comet and the stars. Facebook works better than Instagram for that and website would be better than either.

Capturing Neowise passing by Marblehead Light might be the one bright spot to all of 2020. Well, that and celebrating 10 years of Wednesdays in Marblehead in just 4 more weeks… 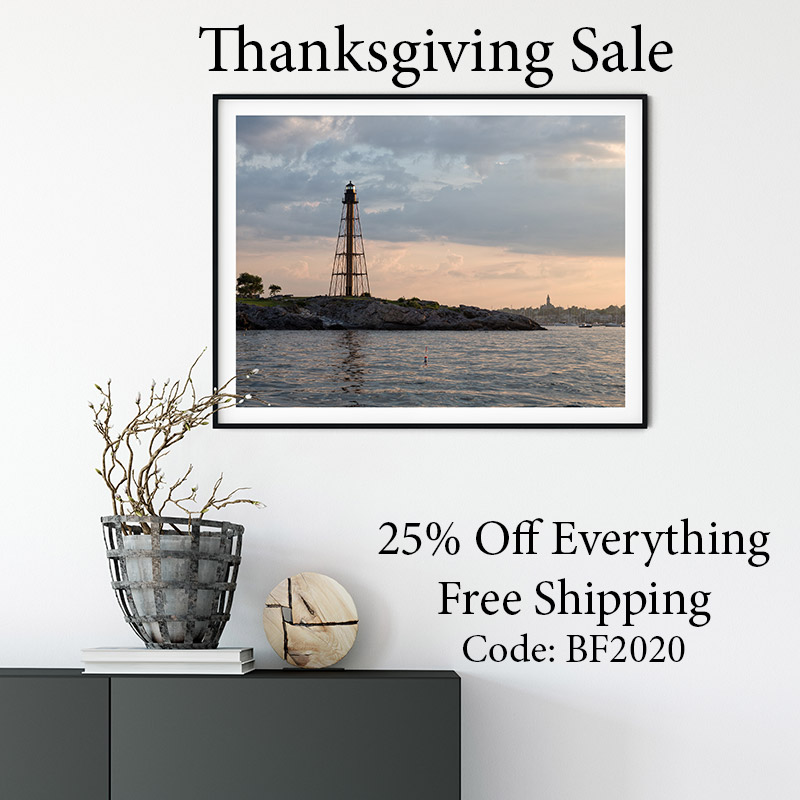