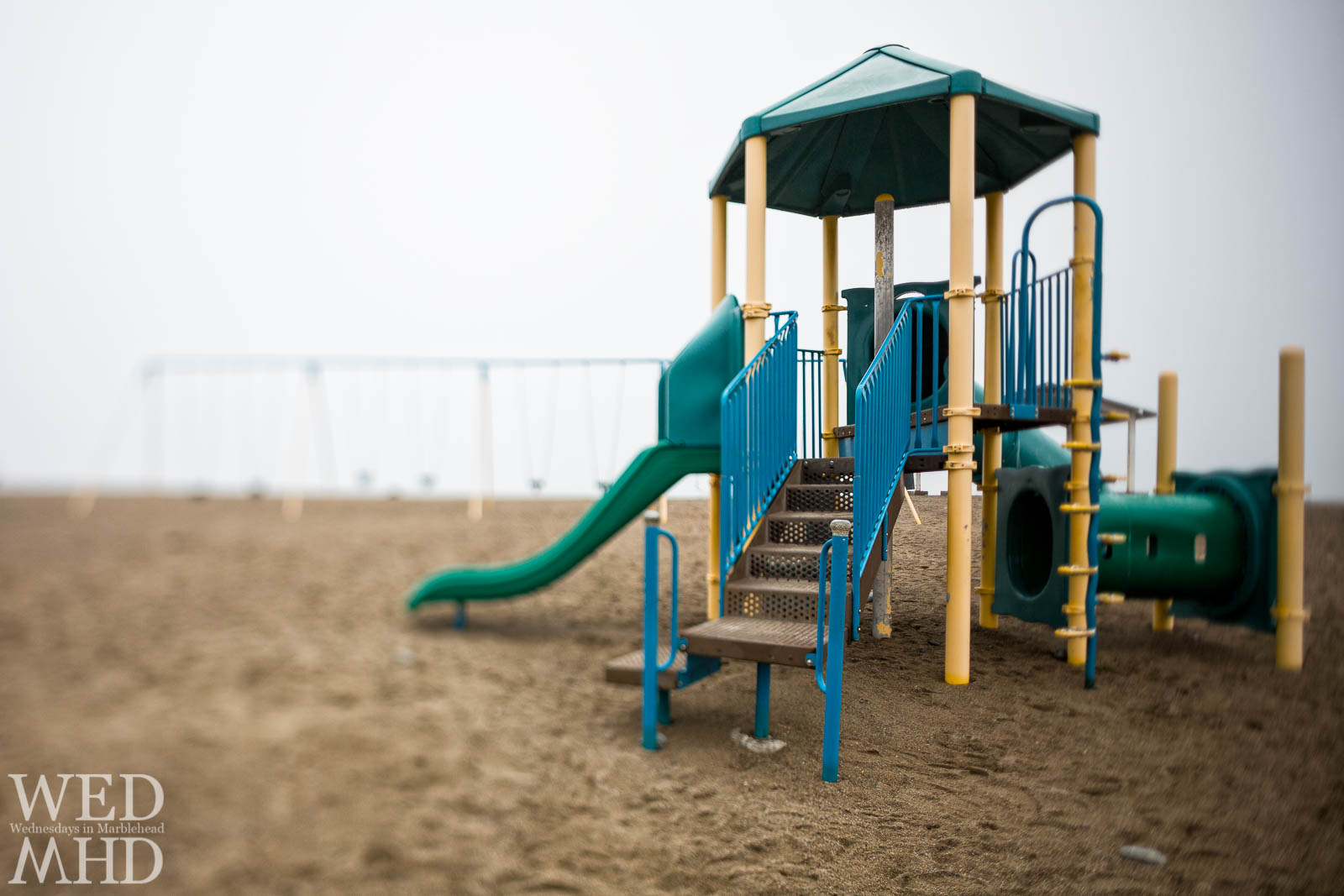 I recently borrowed a friend’s tilt-shift lens for a planned architectural shoot.  On the first day that I had the lens, some fog rolled in and I decided to try the lens out and see what it could accomplish.  The lens is used mainly to make sure lines line up straight but can be used in a more creative fashion to adjust the depth of field on an image and make objects appear smaller and toy-like.  With the fog, I decided this lens would allow me to capture the elements of the Devereux beach playground without the clutter of other objects in the background.  The first image shows the main structure on the beach playground while the second focused on the slide and swings beyond. 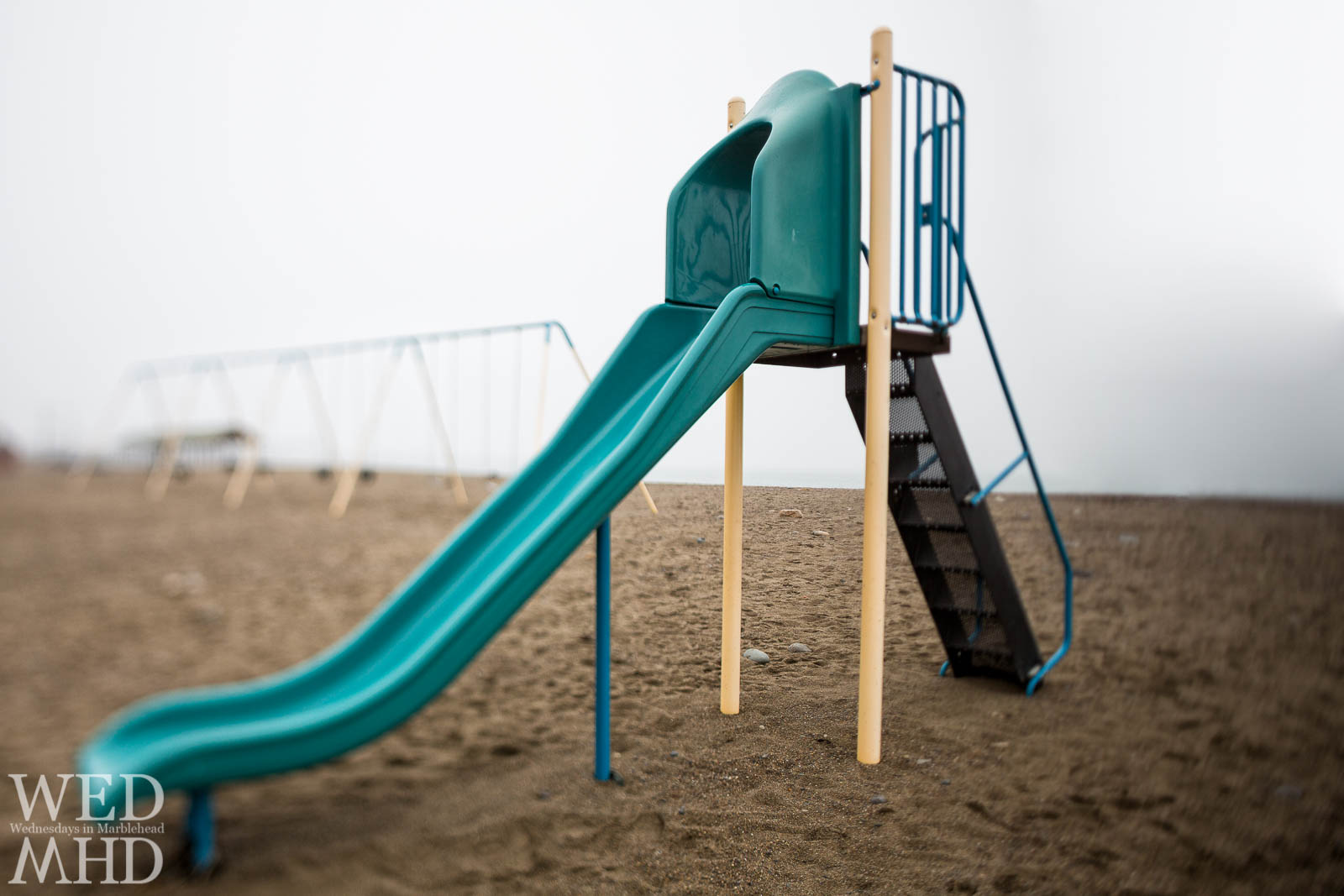