Jophiel Asking for a Blessing – A Sculpture in Snow

Jophiel Asking for a Blessing – A Sculpture in Snow

There’s no question that this Winter has been an incredible and soon an historic one with record amounts of snow and long durations of freezing temperatures.  I’ve tried to capture some of the beauty that comes with the cold and snow and, when I first learned that a local artist had produced a sculpture in snow of an angel, I hurried to photograph it.  Unfortunately I was too late (mother nature had destroyed her) but, for good or bad, more snow and continued cold meant that Jonathan Sherman had an opportunity to work on an even bigger piece.

Starting with a 6 feet tall and 8 ton block of packed snow on February 19, Jonathan worked day and night to meticulously carve out the sculpture in snow depicting an angel presenting a snow flake for a blessing.  I stopped in early on in the work and spoke with Jonathan as the sun set over Marblehead Harbor.  We had met previously and so the conversation flowed as he worked and I studied angles and compositions.  I left for the warmth of my car and he continued to work long into the night.

On February 28, the snow sculpture of Jophiel Asking for a Blessing was complete.  I checked the weather for sunrise and throughout the day but was disappointed to see predictions of clear skies.  I wanted some element of drama to help bring out the impressive work.  After checking the evening’s forecast and moon position, I had an idea and set out for the corner of Chestnut and Cliff Streets to capture this gift of a sculpture in snow to the Town of Marblehead from the Studio of Jonathan Sherman.

Here is the view from another angle 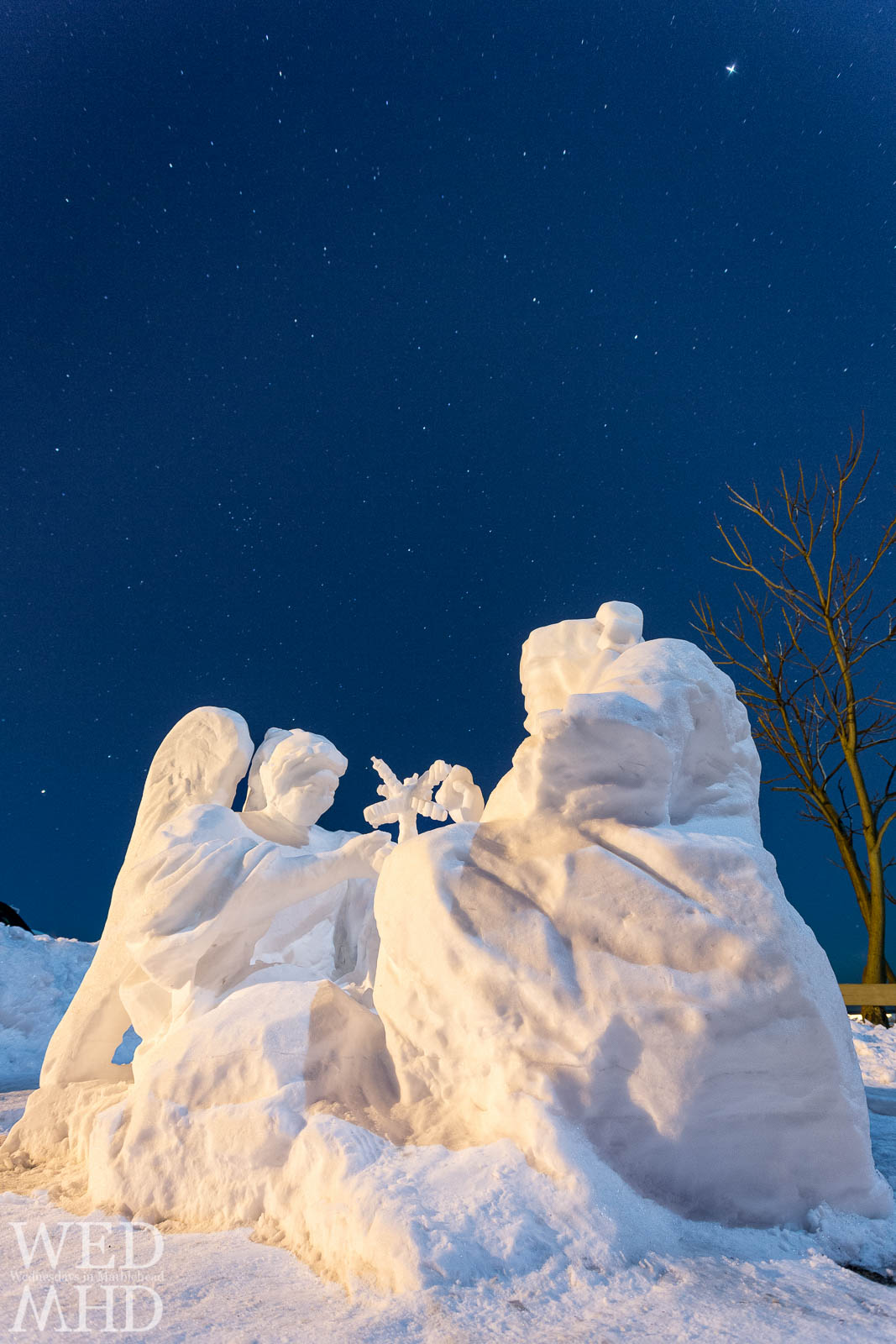