It finally happened!  I can’t count how many times I have left the house late at night with the hope of capturing the aurora borealis over Marblehead Light.  The northern lights occur when charged particles enter the Earth’s atmosphere.  On March 15, two coronal mass ejections sprouted from the Sun and headed towards Earth bringing with them a LOT of those charged particles.  The strength of the aurora is measured in Kp values and, in Marblehead, we need to hit at least a Kp of 7 for any hope of seeing the northern lights.  When the charged particles arrived on Earth on March 17, they shot past 8.

The storm began during our daylight hours and I watched images of the aurora start trickling in from Northern Europe.  With fingers crossed, I hoped the storm would continue in magnitude and that the promised cold air and winds would serve to push out the day’s cloud cover.  Around 9:00pm, the sky had darkened enough and the storm seemed just strong enough (Kp of 7.3) for me to possibly see the aurora borealis from Marblehead for the first time.

Though I had wished for the cold air and wind to help drive the clouds away, the bitter wind chill that greeted me when I arrived at Chandler Hovey Park was not at all welcome.  I had planned ahead and was reasonably protected as I went to work trying various compositions.  The colors in the sky were not visible to the naked eye but I was leaving the camera’s sensor open for 25 seconds which allowed it to gather far more light.  With the first frame, I could see a distinct green glow across Marblehead Light and suddenly it didn’t feel all that cold out anymore.

I settled on this composition as a favorite and continued to shoot in the hopes that the aurora borealis would strengthen.  I was truly shocked to see this frame pop up with flames of purple visible in addition to the now familiar green glow.  I turned to see if anyone was around to share in my wonder and amazement but found the park empty except for me.

Hope you enjoy this view of the aurora borealis over Marblehead Light.

Update:  I received an inquiry about creating a version of this shot without the flagpole.  While I was at it, I straightened the lighthouse as well.  If you are interested in a print of this image, please add the description ‘aurora without a flag’ in your note at checkout. 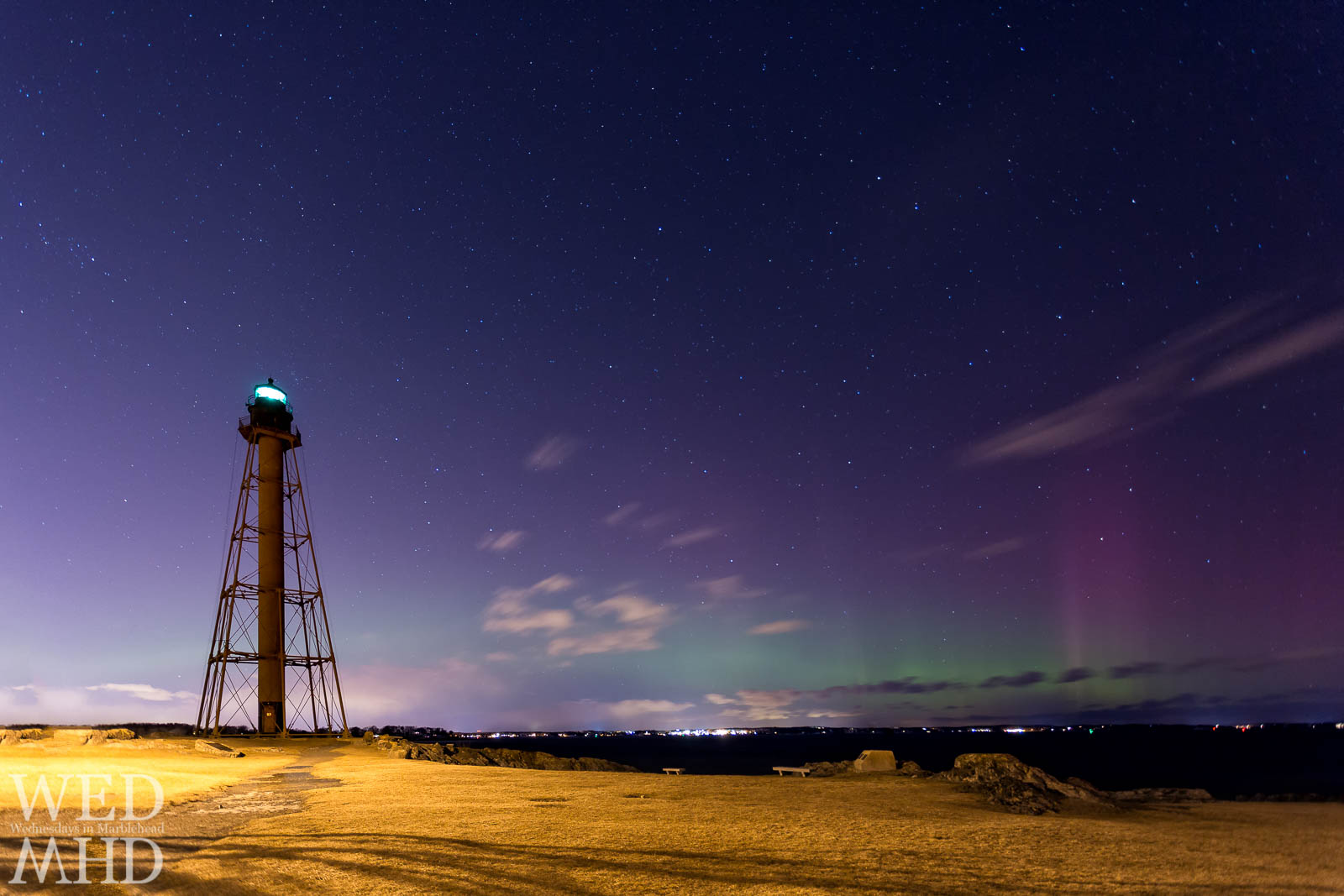