Leave a Light On at Mud Puddle

Leave a Light On at Mud Puddle

With the parking ban in effect and unseasonably warm temperatures, I’ve wanted to capture images of historic downtown Marblehead for a while now.  Unfortunately, the light has been terrible with heavy cloud cover blocking any semblance of light on the streets.  Finally on Saturday morning, the weather looked promising and I left the house at 6:00am hoping for the best.  This week I plan to share images of historic downtown Marblehead captured on this early morning.

My very first stop was this one on the sidewalk in front of Haley’s Cafe to capture the intersection of Pleasant and Washington Streets.  I have one other image from this spot taken exactly 5 years ago (12/14/2010) but in that one the lights at Mud Puddle toys were off.  When I saw the brilliant glow at the toy store on this morning, I couldn’t pass up the opportunity to retake this old favorite.

Instead of shooting this as a horizontal shot, I decided to move the camera into a vertical orientation and take a two shot panorama.  This allowed for more room to include the brickwork in the foreground and deep blue sky above.  I’ll include the older image below and leave it to you to decide which you prefer. 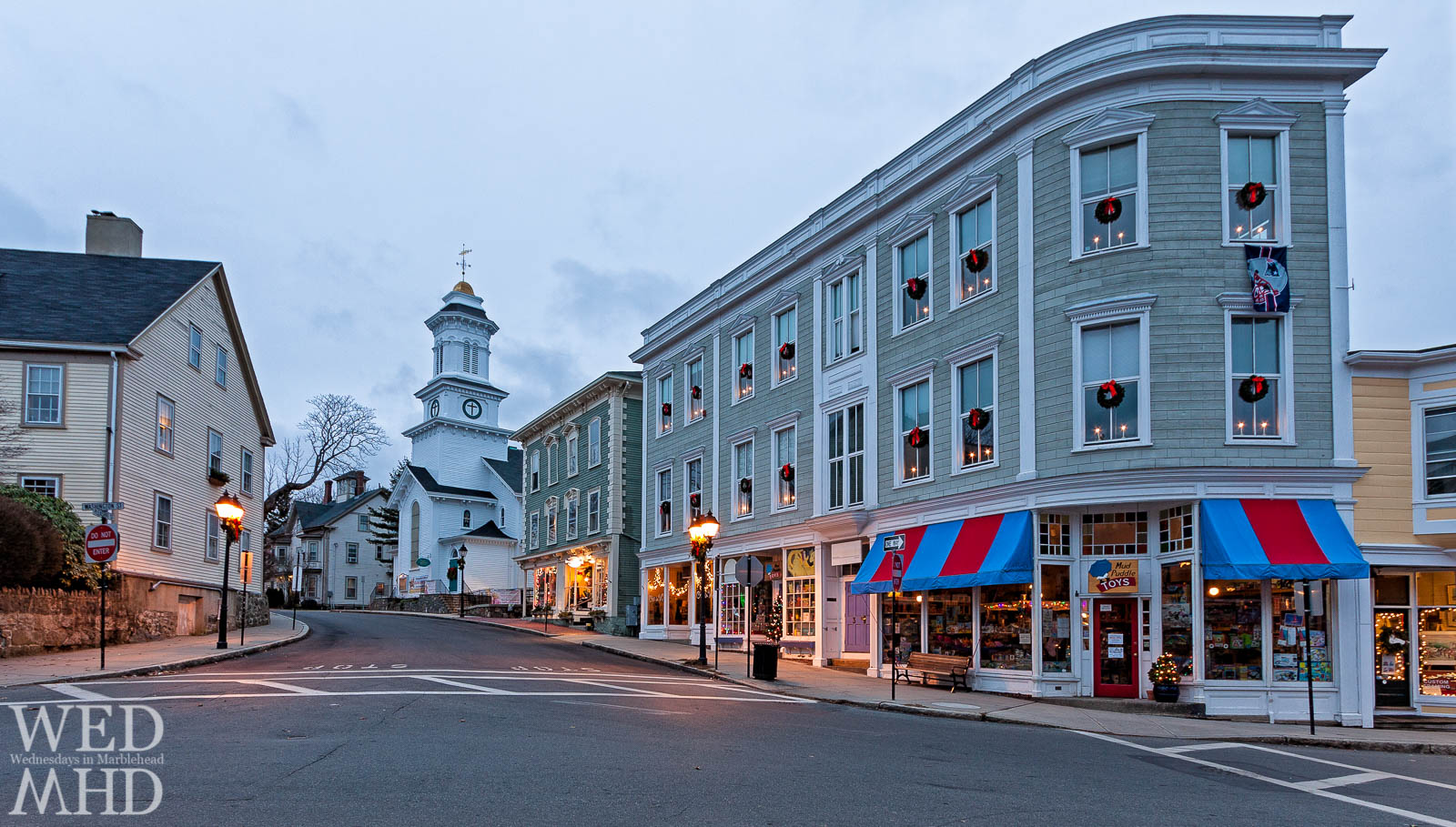