I am thrilled and humbled to announce that one of my entries ‘In a Fog on State Street’ has been awarded Best of Show at the 2017 Marblehead Festival of Arts.  Both this image and ‘Light Dawns on Marblehead’ will be on display at Old Town House beginning on Friday, June 30th after the awards ceremony at Abbot Hall.  The photography display ends on Tuesday, July 4th.

This year’s entry was the third in a series of black and white fog landscapes in Marblehead that began with ‘A Walk in the Fog’ which won Best of Show at the 2012 Marblehead Festival of Arts.  ‘In a Fog on Washington Street’ followed in 2013 and was also awarded Best of Show.  I captured this image shortly after those but had another entry in-mind in 2014 that ended up winning Peoples Choice award.  I promptly forgot to enter this the following year.  I entered this image for this year’s Festival and was thrilled to receive the phone call informing me it had won the highest award.

I recently did an interview with the Marblehead Reporter about my work and discussed this image.  I ended up shooting on this night for two hours as fog enveloped Marblehead and created perfect conditions for capturing backlit foggy scenes.  This was one of the last images taken that night and I had just finished shooting the star on a crane near the Landing when I turned and set up in front of Sacks Antiques to capture State Street.  I composed this image to include the holiday lights around a door on the opposite side of the street and lucked out when someone walked by me on her way home.  The slow shutter speed allowed me to capture the light in this scene while including a sense of motion in this lone person walking on a street that has seen little change in hundreds of years.

Here is the three part series of Marblehead in the Fog 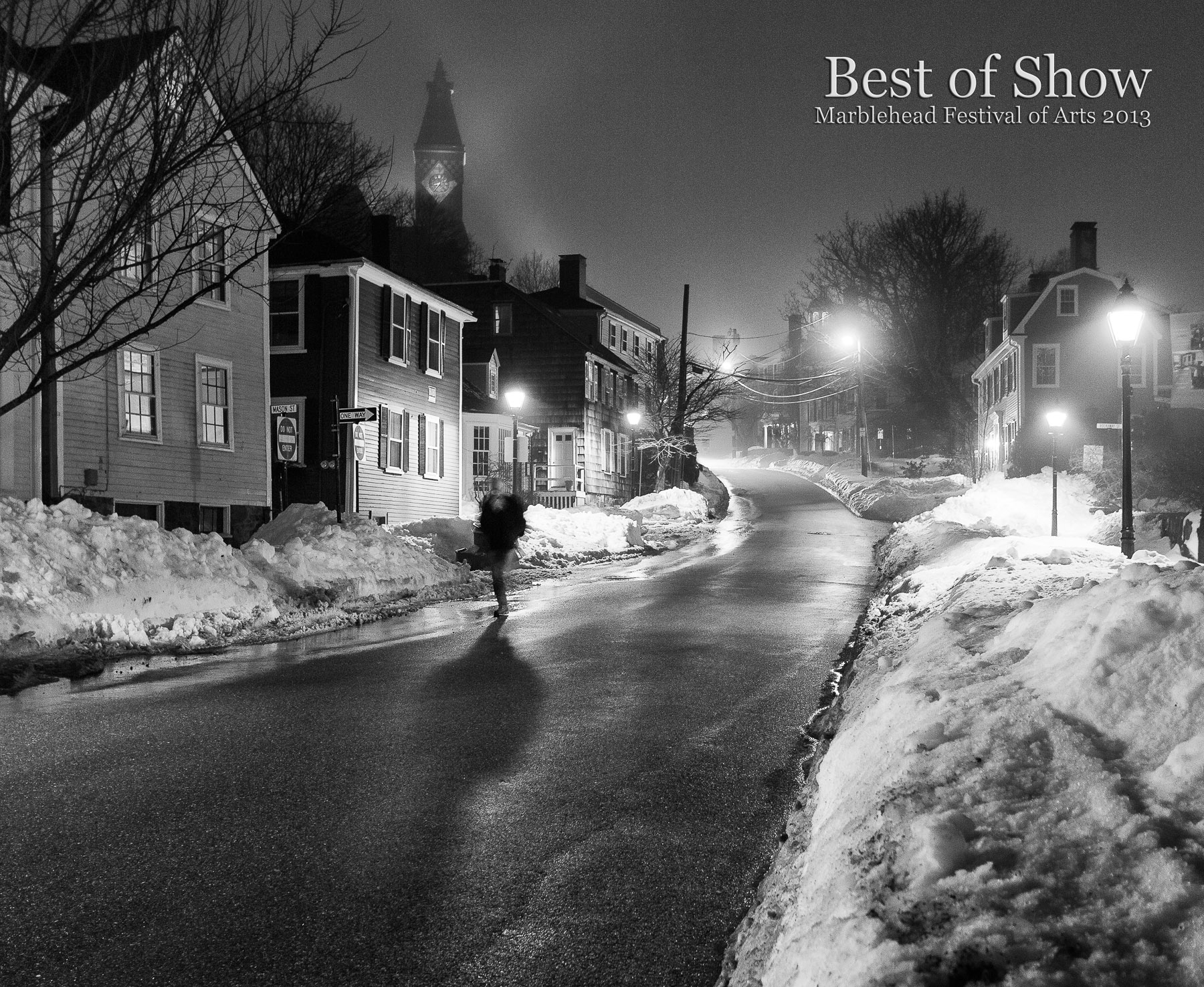