As part of Marblehead’s Memorial day tributes, flags are placed at the gravesites of soldiers who gave their lives defending this country.  I visited Waterside cemetery after the flags were placed and found myself in this square plot dedicated to Post 82 and lined by two cannons at the entrance and two others flanking it.

I received this information from Sean via Facebook:
John Goodwin Post 82 was the local chapter of the Grand Army of the Republic (GAR), the veteran’s organization of, by, and for Union Civil War Veterans. Through most of the latter part of 19th century and first part of the 20th their meeting place was on the second floor of the Old Town House. It is still preserved the way they left it (unlike latter veteran’s groups, the GAR was limited to only Civil War vets, so the post was disbanded in 1941 when the town’s last civil war veteran, Samuel Snow, died).

Below is a single headstone that lies near the entrance of the cemetery.  I was struck by the dual flags as well as the emblems for the American Legion and Marblehead Police Department. 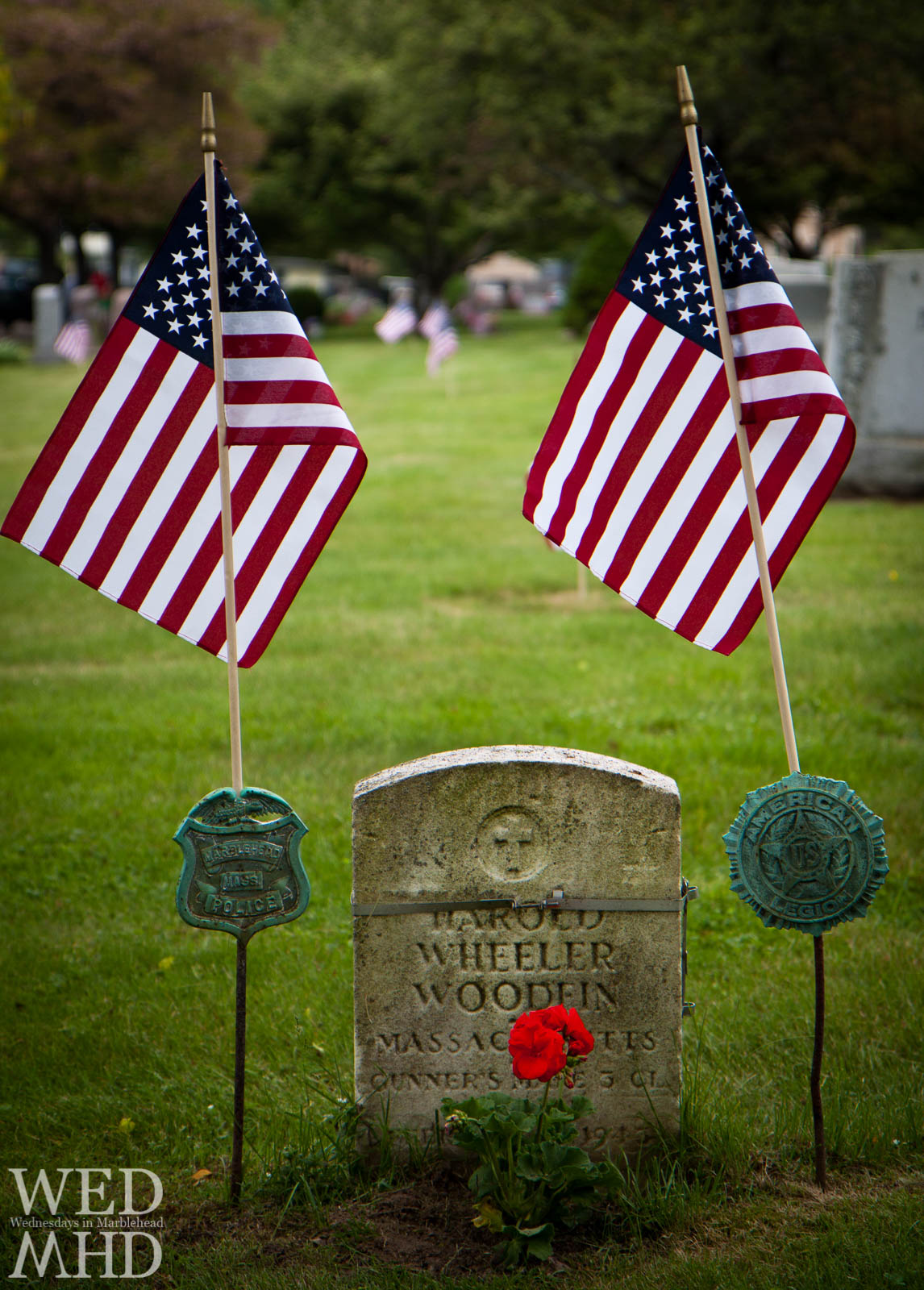