All week I’ll be sharing photos captured after the Blizzard of 2015 departed Marblehead having left an official total of 24.5″ of snow.  Thankfully the cold temperatures resulted in very light snow and very few power outages.  However, the light snow and strong winds led to incredible drifts (I measured a 48″ one in our backyard).

One of my first stops on Wednesday morning after the storm departed was Lovis Cove to see how this brown house had fared.  I’ve captured images of the brown house at Lovis Cove at the peak of storms in the past (see below) and am always impressed by how it fares.  On this outing, I was hoping for frozen sea spray but found an even more picturesque scene.

Snow led from Lovis Cove up toward the house where there was indeed some frozen sea spray along the side of the house.  I composed the image to include Marblehead Light in the distance and isolate the house at Lovis Cove with the snow forming a leading line toward it. 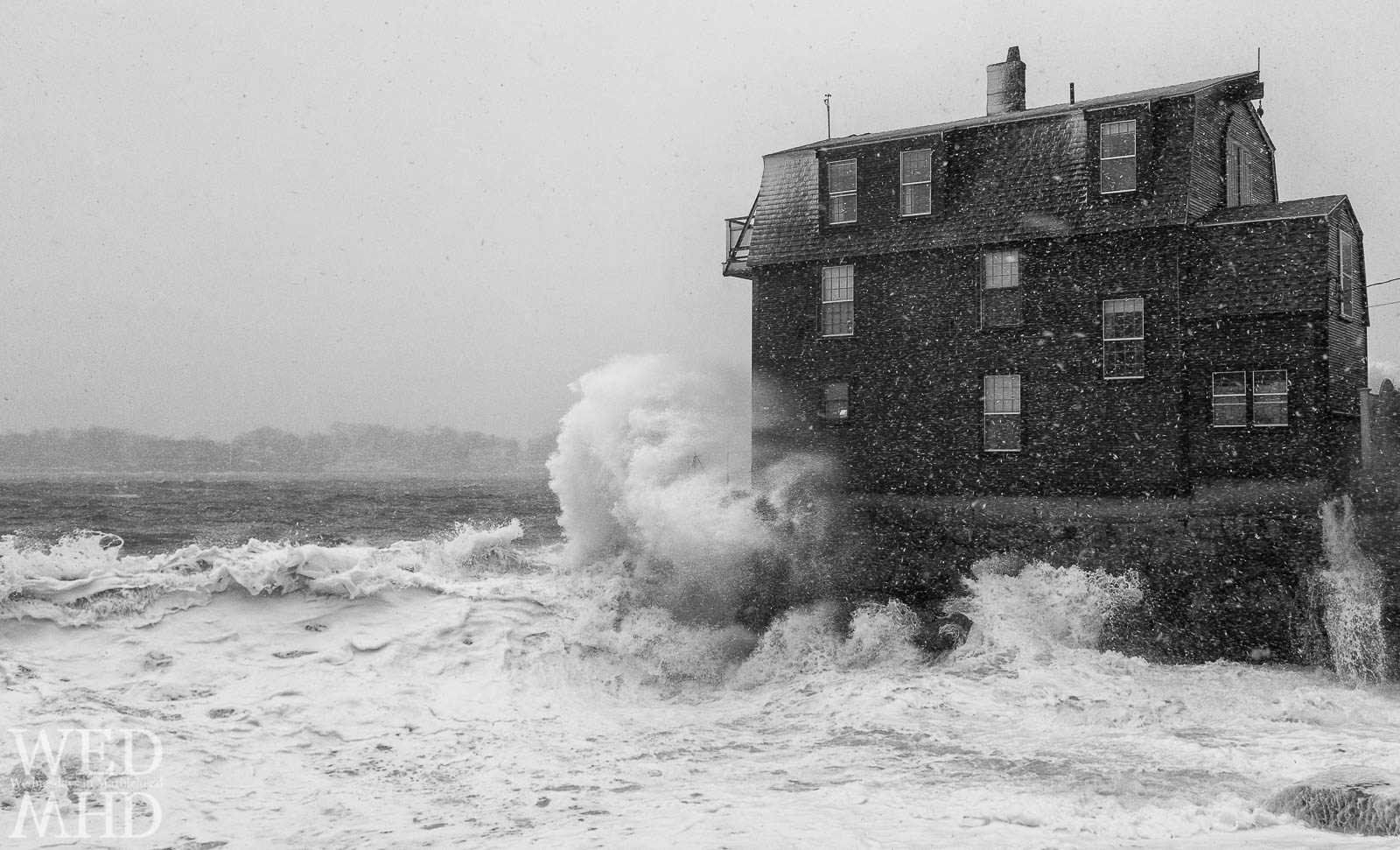