In June 2013, I had set a goal to photograph five of the Marblehead yacht clubs firing their sunset cannons.  One of the final images was of the cannon at the Dolphin Yacht Club and, on that night, I was fortunate to capture the cannon firing under a subtle rainbow in the evening sky.

A few minutes after taking that image, I composed this one to include the kayaks in the dock adding color to the pink sunset over Marblehead Harbor.

Here is the image of the sunset cannon firing at the Dolphin Yacht Club: 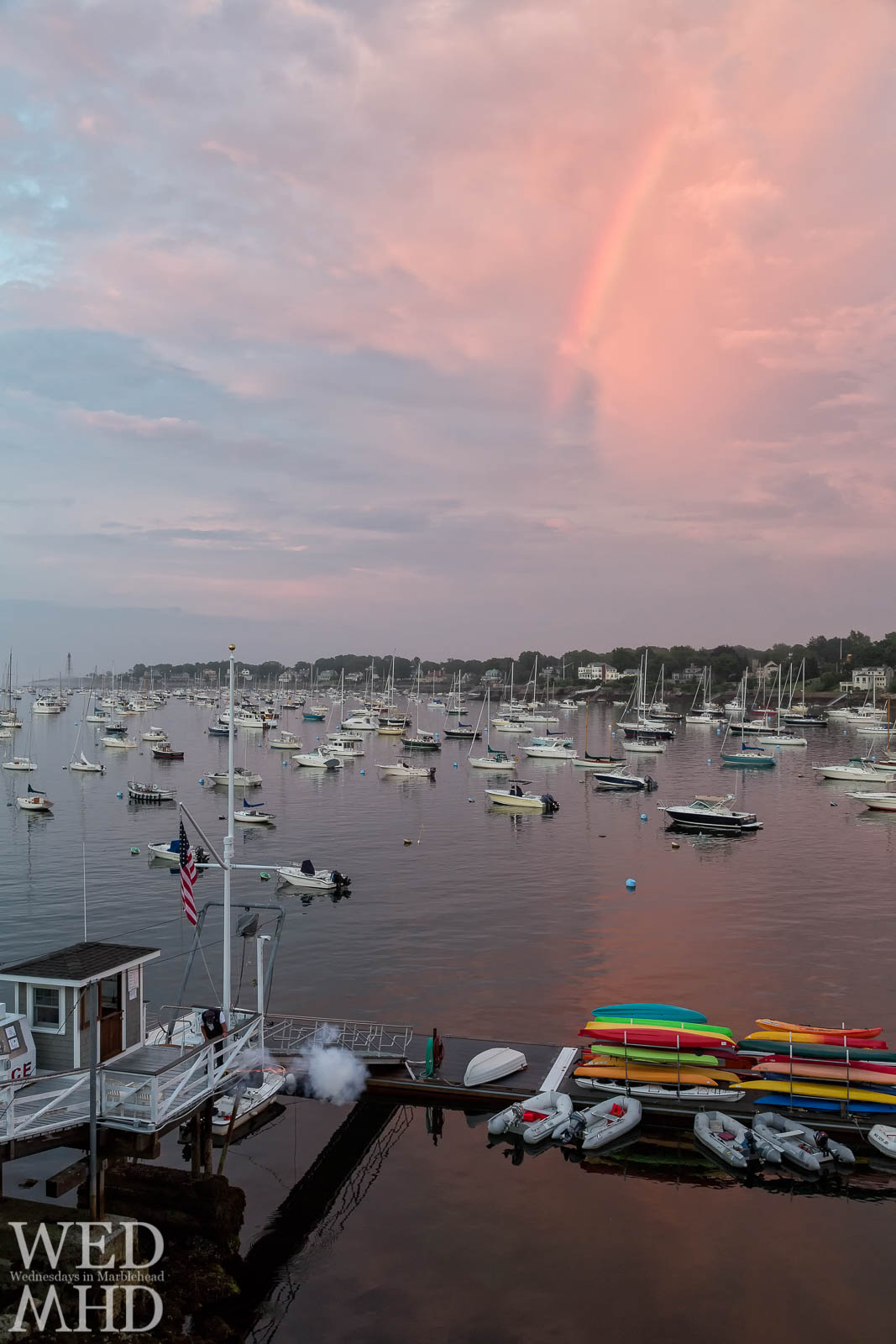